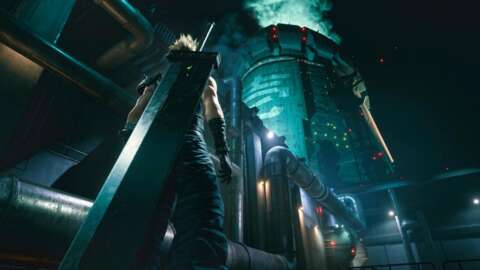 There’s no questioning that Final Fantasy VII Remake is not Final Fantasy VII, which is arguably why the 2020 remake works beautifully and is so enticing for both longtime fans and newcomers alike. However, if the idea of Remake being just a bit more similar to its predecessor is appealing to you, you’re going to love a new fan project that seeks to reimagine the 2020 hit through the same lens as the 1997 classic–literally.

As noticed by GamesRadar, YouTuber Final FanTV has assembled a video featuring the first six minutes of Final Fantasy VII Remake and Final Fantasy VII, side-by-side, using photomode mod tools created by Otis_Inf to perfectly frame Remake in the same fixed fashion as the original. According to Final FanTV, the video is meant to be a “proof of concept” that will “inspire the modding community to make FF7R fully playable with classic PS1 FF7 Cameras.”

The video follows Cloud and rest of the AVALANCHE ground team during the games’ iconic bombing mission, starting with Cloud’s arrival at the train platform and ending with him placing the detonation on the reactor’s core. Final FanTV uses this journey to showcase Remake’s stunning graphics and set pieces with the same high and wide camera angles as the original game, which ultimately makes the game’s scale and attention to detail even more noticeable.

The clip also features a few of the game’s battle scenes recreated to mimic the style of the original game’s slower-paced combat, though the YouTuber recommends that modders leave the battle scenes alone as they are “too massive” to follow or capture well. Final FanTV also stated they believe that the game’s cutscenes should also “cut back to Remake,” as the “lighting and placement changes” can be dramatic.

Thanks to Final Fantasy VII Remake’s recent arrival on PC, it seems likely we can expect a whole lot of fun, nostalgic, and quality-of-life improving mods headed our way soon. Here’s hoping this one makes the cut.

GameSpot may get a commission from retail offers.

Konami Is Celebrating Castlevania’s 35th With An NFT Auction

What to Expect From Star Wars in 2022: The Book of Boba Fett, Obi-Wan Kenobi and More – IGN

God Of War Is Getting Rave Reviews On PC