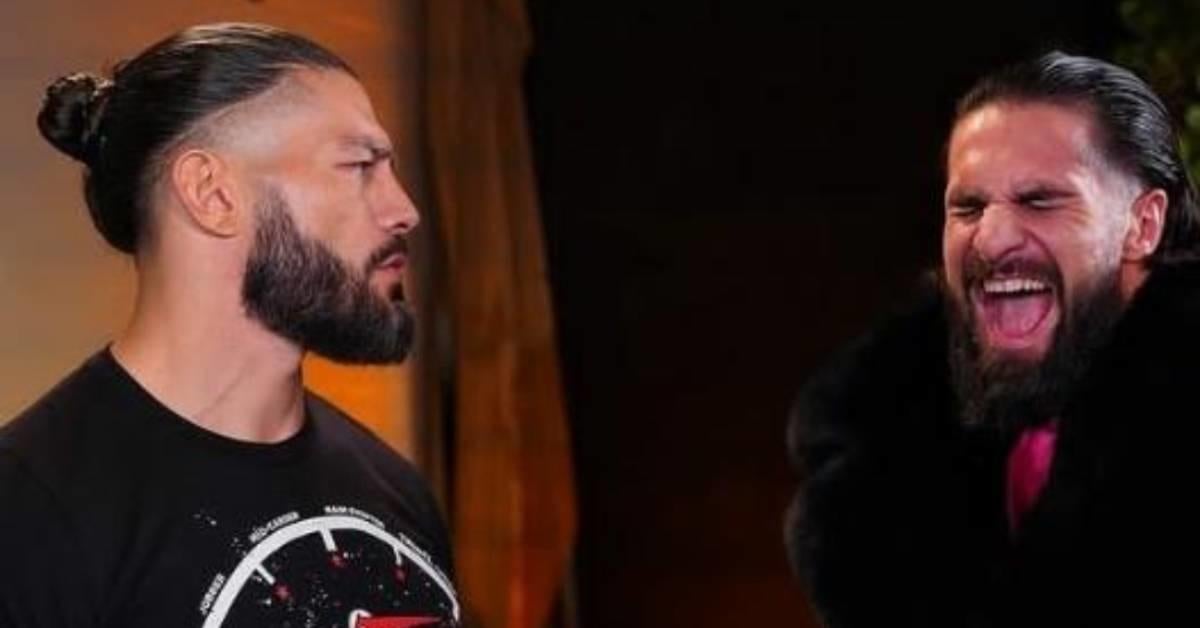 WWE closed out this week’s Friday Night SmackDown with the surprise that Seth Rollins will be challenging Roman Reigns for the WWE Universal Championship at the Royal Rumble on Jan. 29. The move blindsided fans for a number of reasons — Rollins is still on the Raw roster, WWE likes to avoid the heel vs. heel matchups whenever possible and the company dodged having the two clash while they were both on the Blue Brand from February to October of last year. But based on what happened once the cameras stopped rolling, it looks like “The Visionary” might be flipping back into a babyface in the very near future.

Rollins entered the ring after the show went of the air and was immediately attacked by The Usos. The two tried to hit him with the 1-D, only for Rollins to superkick both and knock them each out with a Stomp. As you can see in the clip below, Rollins set up the Stomp by bringing back the old “Burn It Down” chants from his last babyface run.

Seth Rollins at #smackdown after it went off air 🔥🔥🔥🔥pic.twitter.com/p2YrUAf2tQ

Said run started back in 2016 and lasted all the way up until 2019 when fans began to sour on the former Shield member during his second reign as Universal Champion. His feud with “The Fiend” Bray Wyatt was what finally broke the camel’s back and by that December he had rechristened himself “The Monday Night Messiah” and started aligning himself with AOP.

He’s since reflected on those final few months as Universal Champion, telling Steve Austin on the Broken Skull Sessions last year that he wanted to attack Vince McMahon after his infamous Hell in a Cell match with Wyatt.

“Things happen for a reason, they happen the way they’re supposed to happen,” Rollins said. “It was what it was, but here we are. Where we are now doesn’t exist without that match. I put a positive spin on it now because I can look back a year and a half later, but at the time, I came through that curtain and I was ready to strangle Vince McMahon. I’m not kidding you. TJ Wilson was there to hold me back. I stared right into Vince’s eyes, I looked at him, he looked at me, we didn’t say a single word to each other and he walked out.

“I sat down with Paul Heyman, who was creative director at Raw, I sat down with him and we had a conversation. He ‘Paul Heyman’d me,’ if you will,” he continued. “The next day, I went into Vince’s office, I was much calmer, and I said, ‘Let’s talk about this. We need to figure out what we’re doing here because that can’t happen again.’ It was civil, but it took me a night. I was ready to go. If somebody wasn’t there making sure I was okay, my temper and the adrenaline.”

Horizon Call of the Mountain Revealed for PlayStation VR2

Among Us Crewmates Will Be Immortalised In 2022 As Murderable Nendoroids

One Piece Steps Out with a Brand-New Opening: Watch